Get to know the world's favorite Formula 1 store and who's behind it!

Our posy: Let's bring the Formula One world together!

That's why we have the fans in focus and our every services are developed to be the best for them any you. Here not only we dress you from head to toe in the latest Formula 1 fashion, but if you are open-eyed, you can also be a member of a real Formula 1 community.

The history of FansBRANDS dates back to 2011, one of the golden age of Formula 1, when the whole world was burning with F1 fever. Pit Box Ltd was established at that time. We introduced ourselves at the Monaco Grand Prix. By the end of the year, we thought about the idea of a webshop ...

Old riders can still remember us from the Danube Plaza - Budapest. F1BOX has begun to conquer fans both online and offline. But the growing didn't stop there, we needed a bigger warehouse soon ...

We moved to Vac, near the Hungarian Grand Prix - Mogyorod - where we managed to create a real Formula 1 empire.

New webshop, new name and new goals. We have launched our international stores, Facebook and Instagram, VIP Membership and other extras. From now on, there is no change just development. Improvements for all Formula 1 fans to get what they want.

What could be the purpose of a Formula 1 company other than conquering the hearts of F1 fans around the world? We will be the biggest F1 store and our brand will be listed alongside NASA, Apple and Amazon. This is our vision and we can only go in that direction. The question is, are you with us?

We already have more stores in different markets.

Alright, but who are in the background? The team changes from time to time, but rather expands. We work hard every day to do the best we can. Occasionally, work doesn't stop at night or on weekends. Our lives revolve around Formula 1 ... 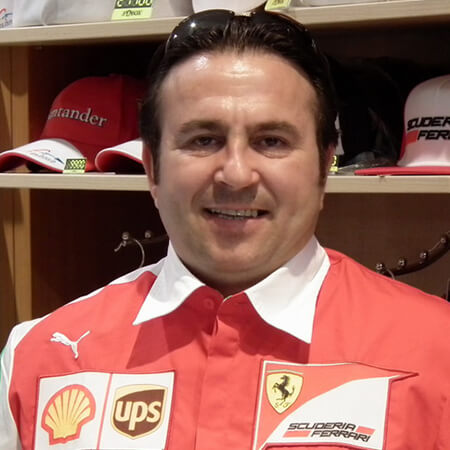 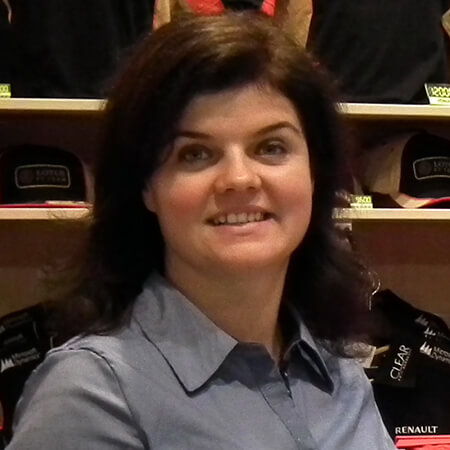 We are not hiding: you can always make a review about us everywhere (Google, Facebook or on our website). If we have the opportunity, we will ask everyone to rate us and if you have any issue, please write to us! We can only change and improve if we hear your problems.

The reviews below were not invented by us, you can find them all and more at the official source. And so many people can't be wrong...

"My items had been back-ordered. As soon as the items were available, they were shipped. The items were in my hands in three days from Hungary to America. Amazing service and fast shipping! If you love F1, then you will love Fans Brands too!" - Facebook recommendation értékelés

"A very nice, helpful team, both over the Internet, over the phone or even for personal shopping. The location is easy to reach and the atmosphere of the shop is completely enthralling for the fan :)" - Google review

"Last week, I ordered Hamilton and Vettel gift packages from Formula1Brands official site. I was pleased with the creative website I found to be very attractive; as well as the structure of the ordering options, the kindness of the receptionist on the parcel delivery and other information. I recommend to everyone, depending on your ability, to take advantage of the product ordering option!" - Facebook review

We have the best courier partners so your package can be delivered on next workday. Always check the stock status before ordering!

If, by accident, you are not satisfied with the product you have ordered, or the size doesn't fit, we can change it for half a year so that is no problem.

Gift for every order

Every year we update our gifts, which you can't miss in your package. Some times you can also get our most expensive gifts. Follow our newsletters...

For Formula 1 products, it is important to note that it is the manufacturer who guarantees the warranty. You can't joke about quality here, and they know it very well.

At FansBRANDS, the loyalty is serious: our returning customers have the option of getting VIP Membership, giving you an additional 10% off for almost every product.

The best deals are only sent out by newsletter. No joke! Here you can choose among the best gifts. Last but not least, you will not miss a Formula One race, as we will send you notifications.

If I want to say in one word, ALL WHAT FORMULA 1! For a bit more, I would say that we have a constant stock of thousands F1 collection for Formula 1 fans. Products come straight from the manufacturer's London workshop. Everything is genuine and under warranty. We also follow the changes in Formula 1, when a new team or driver comes or someone changes team, his fan products appears on our website first.

If you don't need instant answer, or for some reason we didn't reply via chat, or maybe it's the weekend, email us and we'll reply within 1 business day.

You can also send us a message on Facebook. We also answer there because someone is comfortable there. We strive to be present in all areas, open to questions of Formula 1 society everywhere ;-)

If you come to Hungary, FansBRANDS showroom - near the Hungarian Grand Prix - then here you can only get full extra services. Free guest parking, refreshment or coffee, gift, discount etc. But the Formula 1 fan empire experience will be the best ;-)

How do you get to us?

Come to the Fans BRANDS store in person and choose from thousands of products! Touch it, try it, and make sure that we only sell premium quality, original products that we buy directly from the manufacturer.

Our address: Europe, Hungary, 2600 Vac, Deakvari Fasor 6. When you reach the gas station, the shop is located opposite it. Our previous brand name - F1BOX - can be seen on the shop windows.

Over the years, we have tried many agency-based, outsourced companies. Unfortunately, we are not cooperate with everyone, just the bests. Fortunately, there are some who help us achieve our goals. Of course, this does not mean that we do not look for else in case of quality deterioration, so we would like to welcome them from here: thank you and we wish further successful cooperation!

FansBRANDS is the number one NETMIX VIP client. When it comes to website development or online marketing, we just turn to it because it put a lot of energy into knowing exactly what we think and what our goals are.

We ship packages with GLS within Europe. GLS is the largest and fastest courier service. Sure, it's more expensive to us than the rest, but we think every Form 1 fan deserves to receive his order the next day.

DHL is GLS's big brother: next day shipping to anywhere in the world. And we do expect to providing us with an exclusive service for such exclusive products.

The leading provider of internet and telephone services in Hungary. It is important to note this too, because without a confident connection, communication with our followers would be impeded, which is not allowed.

Feel free to check us out if you are talking about a sure company. We don't hide any information from fans. The official FansBRANDS company information is the last word: